Hello again people of planet earth, i am back with my 4th post. I know this one has come a bit later than the others but i hope you enjoy it just as much. So this time i am bringing you another film review. This film is one that again is very close to my heart as it shows people dealing with an issue that everyone else is society sees as a problem. As the title suggests it is called Miracle Run ( The Unexpected Journey ).

Miracle run was originally aired in 2004 and is a Lifetime television film. This film kick started the careers of actors such as Zac Efron and Bubba Lewis, it was also a iconic film as it showed the struggle of a mother with autistic children.

The film begins with Corrine (Mary-Louise Parker) taking her 2 sons Stephen ( Zac Efron) and Philip (Bubba Lewis) to see several doctors until she finds out that her sons have autism. Philip has echolalia, which is where he repeats words that he hears people say. Stephen is opposite and is completely mute. When Corrine takes the boys shopping, viewers start to see the struggle she goes through. Whilst in the supermarket the boys start to act out and start screaming, during the commotion other parents start to look at Corrine as a bad mother. Upon learning about the boys condition Corrine's live in boyfriend leaves her as he cant face bringing up children with a mental disability.

After this Corrine moves the boys to another town and enrols them in the local school, however the children and teachers in the school are puzzled by the boys behaviour. When they display undesirable behaviour Corrine is summoned to a meeting with the headteacher and several psychiatrists where she learns that her boys are not fit for mainstream school and they have to go to a special school. The hospital then send a learning specialist to see the boys to help prepare them for normal society. With the help of the specialist Philip expands his vocabulary and Stephen says his first word which is pizza.

After teaching the boys the specialist moves to another city, however the boys continue to flourish socially, verbally and academically. The film the moves forward to high school. At this point the boys still have characteristics of autism such as robotic like voices and sensitivity to loud noises. Whilst walking in the hall Stephen catches the eye of a Jennifer, then we see him talking to Philip in the bathroom where he says 'maybe she will be my girlfriend', then an older boy mocks him and pushes both of the boys. As the boys struggle to deal with it the act out and start screaming.

After being convinced to go to lunch, Jennifer decides to sit with the boys. This is when Stephen notices people jogging and joins the cross country team. Further on through the film we see the Philip discovers he has a new found talent for the guitar and gets into a music school  by auditioning over the phone. The film then goes on to Stephen's big race. before  the race Stephen sees Jennifer kissing another boy. This hurts Stephen and his mother finds him sitting on the grass clutching a poem he had written her. After some kind words Stephen realises he has to move on and joins in the race to win.

It is after this that Corrine finds the Miracle Run foundation for research into autism, Stephen gives a speech about how his mother helped him and his brother deal with going through life with autism.

This film shows how hard bringing up children with autism is, and how some people have narrowed views about the children. For parent of autistic children or anyone who comes into contact with someone on the spectrum it shows how certain strategies can be used. What makes this film even better is that it is based on a true story. If i had to rate this film i would give it 10 out of 10, as it nails all the stereotypes and give a brilliant and insightful look into the life of a family who's children are autistic.

Thank you for reading this and i hope you go on to watch to movie. If anybody wants to watch it but can not find it simply comment and i will post the link. 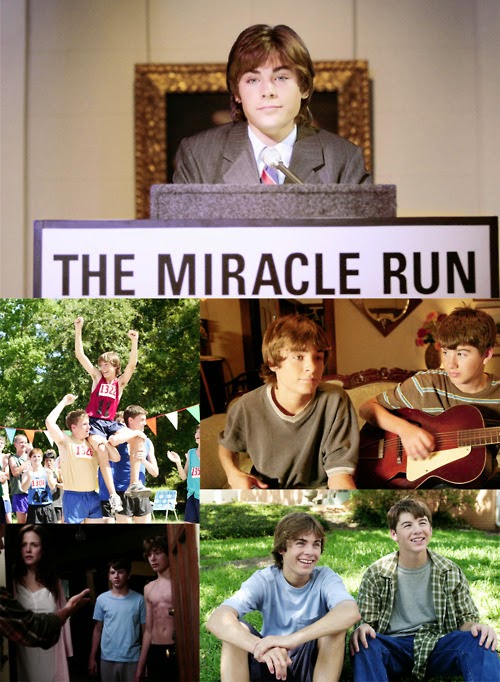 Posted by Sarah Coulthurst at 13:30